All our professionals at Podiatric Associates Of Northwest Ohio maintain the highest levels of accreditation and pursue ongoing education to stay abreast of the latest trends in podiatry.

Dr. Carroll has been a practicing Podiatrist in the Toledo area since 1981. He is originally from the central part of Massachusetts and did his undergraduate work at Ohio University. His graduate work was done at the Mayo School of Health Sciences--Physical Therapy, and he worked as a physical therapist for 5 years in the greater Toledo area for Paramedical Associates. He went back to school at Ohio College of Podiatric Medicine in Cleveland and graduated in 1980. His residency was done at Riverside Hospital in Toledo and he graduated in 1981.  He joined practice with Robert Purdy, D.P.M. at that time and has been a member of The Podiatric Associates ever since. He is certified by the American Board of Foot and Ankle Surgery and is on staff at St. Luke's Hospital. Socially he's been active in the City of Toledo and surrounding areas in soccer and swimming. His primary focus has been swimming for the last 10 years and all of his children participate in the sport. He and his wife Chris have spent most of their time following their children with their various activities and their college sports.

Dr. Cardinal has been a Podiatrist with Podiatric Associates since 1988. Originally from northeast Ohio, he graduated from Mount Union College in Alliance, OH in 1982 with a B.S. in chemistry. He received his doctorate in 1986 from the University of Osteopathic Medicine and Health Sciences, College of Podiatric Medicine Surgery, now known as Des Moines University. Dr. Cardinal completed a 2 year podiatric surgical residency at Riverside Hospital in Toledo, OH in 1988. He is certified by the American Board of Foot and Ankle Surgery and is a Fellow of The American College of Foot and Ankle Surgeons. Dr. Cardinal is on staff at The Toledo Hospital, St. Anne's Hospital and St. Luke's Hospital. Dr. Cardinal is an Assistant Clinical Professor in the Department of Medical Education at the University of Toledo. Having completed numerous marathons, he enjoys running as well as snow skiing and golfing. Dr. Cardinal is married with 2 children.

John W. Lane, D.P.M. has been a Podiatrist in the greater Toledo area since 1992. He specializes in surgery and sports medicine. He was raised in Southern California where most of his family still resides. Dr. Lane attended Idaho State University where he earned his Bachelor of Science in Zoology. He earned his medical degree in Podiatry from The Des Moines University. He completed his residency in foot and ankle surgery at Riverside Hospital. He enjoys being with his wife Michelle and their five children and all their activities. He also enjoys fly fishing, volleyball, scuba diving, soccer, and skiing. He is board certified by the American Board of Foot and Ankle Surgery and a Fellow of The American College of Foot and Ankle Surgeons. He has been president of Northwest Ohio Academy of Podiatric Medicine. He has been published in multiple journals and served as core faculty for the Mercy Health Partners Reconstructive Foot and Ankle Surgical Residency for 20 + years.  Assistant Clinical Professor for Department of Medical Education, College of Medicine and Life Sciences University of Toledo.

Dr. Clark is a Podiatrist that joined The Podiatric Associates of N.W. Ohio in 1996. He is originally from the Washington D.C. area and did his undergraduate studies at Northern Arizona University in Flagstaff, Arizona and completed his doctoral studies at Des Moines University in Iowa. He completed his podiatric surgical residency at Riverside Hospital, Toledo, Ohio. Dr. Clark is board certified by The American Board of Foot and Ankle Surgery and is a fellow of the American College of Foot and Ankle Surgeons. He is a past president of the Northwest Ohio Academy of Podiatric Medicine. He has special certification in endoscopy, arthroscopy, wound care and laser surgery. He is on staff at Toledo, St. Anne's, and St. Luke's hospitals. Dr. Clark lives in Whitehouse, Ohio, with his wife and two daughters. He enjoys all aspects of podiatry ranging from biomechanics to advanced surgical care.

Dr. Wilkin has been a practicing Podiatrist with Podiatric Associates since 1999.  He spent most of his youth in the Atlanta Georgia area, where most of his family still lives.  He graduated from Brigham Young University in Provo, Utah in 1993, with a B.S. in Zoology.  He received his Doctorate of Podiatric Medicine from the California College of Podiatric Medicine in San Francisco, California in 1997.  He completed a 2-year surgical residency at Riverside Hospital in Toledo, Ohio in 1999.  He is certified by the American Board of Foot and Ankle Surgery in both foot surgery and in rearfoot and ankle reconstruction.  He is a Fellow of the American College of Foot and Ankle Surgeons, a member of the American Podiatric Medical Association and the American Academy of Podiatric Practice Management. He is on staff at Toledo Hospital, St. Anne's Hospital, St. Luke's Hospital, and Fulton County Health Center.  He specializes in surgery to correct bunions, hammertoes, repair foot and ankle deformities due to arthritis, and repair of damaged tendons.  He uses arthroscopic, endoscopic and ESWT technology.  Additionally, he specialized in treating lower extremity wounds at the Promedica Wound Care from 2000 to 2015.  He is the past Vice President and President of the Northwest Ohio Academy of Podiatric Medicine.  He is the current Section Head of Podiatry at St. Luke's Hospital.  He and his wife Anita, are the proud parents of four daughters (the youngest being twins).  He and his family are active in their church.  He enjoys reading, outdoor activities, traveling, sports, and spending time with family. 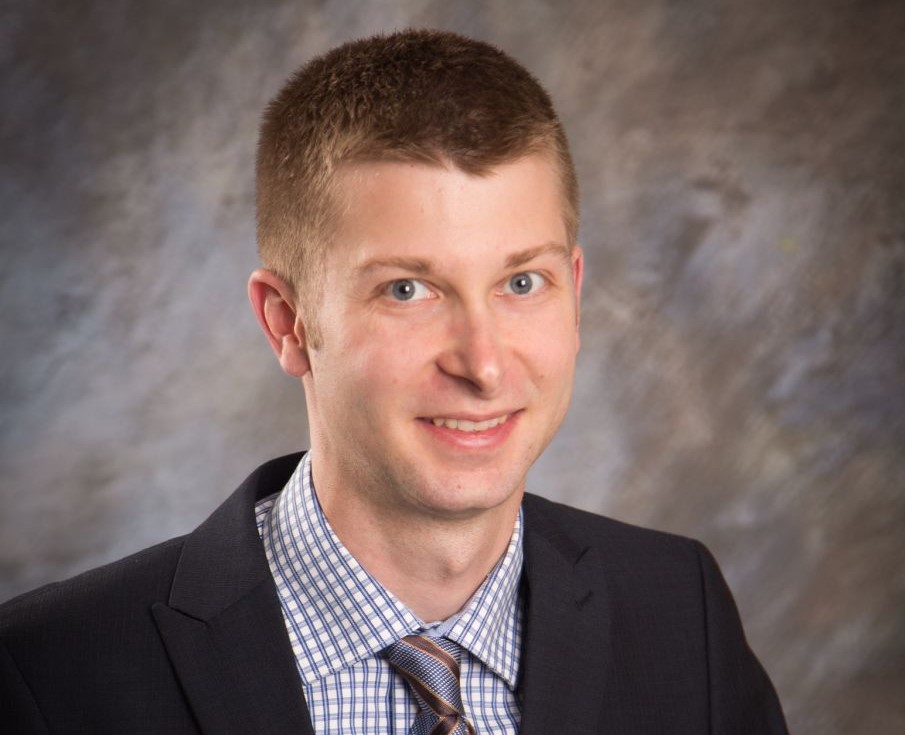 Dr. Kish has been a practicing Podiatrist in Toledo since 2016.  He is originally from Grand Rapids Michigan.  He completed his undergraduate studies at Oakland University in Rochester, Michigan in 2008 earning a Bachelor of Science in Biology. Dr. Kish competed at the NCAA division 1 level in collegiate diving. Dr. Kish received his Doctorate of Podiatric Medicine from Des Moines University in 2013.  He completed a three-year residency program at Detroit Medical Center in 2016.  Dr. Kish received extensive training in evaluation and treatment of lower extremity trauma, adult reconstructive surgery, and diabetic limb salvage.  He is board certified by the American Board of Foot and Ankle Surgery in Foot Surgery and board qualified in reconstructive rearfoot and ankle surgery. He is a fellow of the American College of Foot and Ankle Surgeons. Dr. Kish is actively involved in training podiatric resident physicians locally. Additionally, he has lectured locally at the Promedica wound care symposiums.  Dr. Kish is married with a 2 year old son.

Find us on the map